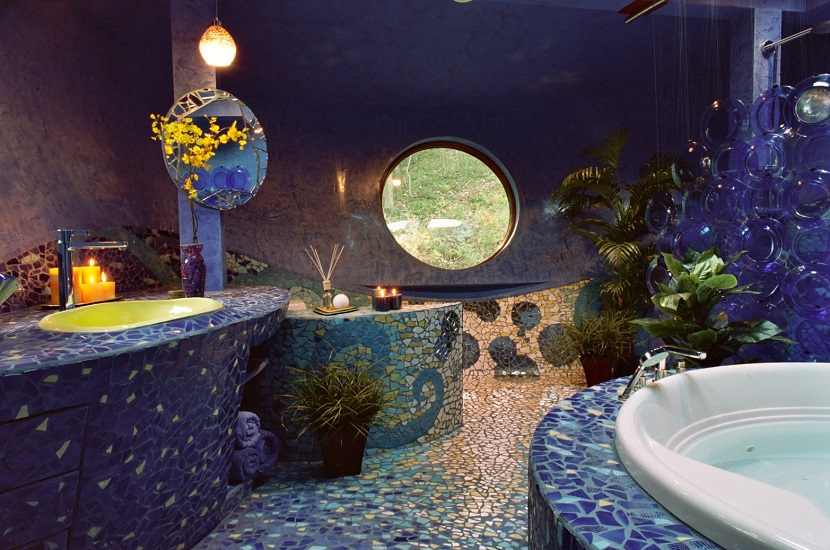 The Master Bathroom of Villa Vuoto was featured on Destination America’s EPIC Bathrooms, airing on the Discovery Channel network.  The segment explores the inspiration behind this award winning bathroom covered in shades-of-blue mosaic tiles and the whirlwind work that went into completing it in less than a month.

“With it’s wild colors, bold themes and unexpected twists and turns, its given his kids exactly the kind of shot in the arm he and Julianne were hoping for.”
– Beth Pearlman (producer, EPIC Bathrooms, Destination America, October 2013)